Low-key, laid-back and low-rise, Dahab is the Middle East’s prime beach resort for 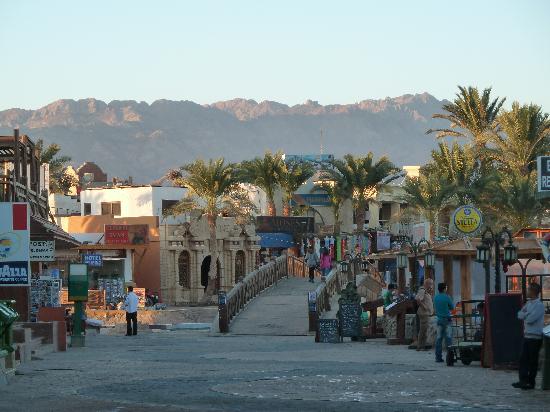 independent travellers. The startling transformation from dusty Bedouin outpost to spruced-up tourist village is not without its detractors, who reminisce fondly of the days when beach bums dossed in basic huts by the shore. But for all the starry-eyed memories, there are plenty of plusses that have come with prosperity. Diving is now a much safer and more organised activity thanks to better regulation of operators; and the town is cleaner and more family-friendly, offering accommodation choices for everyone rather than just hardened backpackers.

Meaning ‘gold’ in Arabic – a reference to the area’s sandy coastline (despite the main tourist area having no golden sands to speak of) – Dahab is a great base from which to explore some of Egypt’s most spectacular diving and snorkelling. Predominantly a Bedouin enclave at its heart, Dahab is also the preferred base for organising guided trekking and camel excursions into the interior deserts, as well as to the lofty heights of Mt Sinai.

This is the one town in South Sinai where independent travellers are the rule rather than the exception and Dahab’s growth has not destroyed its budget-traveller roots. Reeled in by a fusion of hippy mellowness and resort chic (where cappuccino and sushi are as much a part of the action as cheap rooms and herds of goats fossicking in the back alleys), many travellers plan a few nights here and instead stay for weeks.